Colorado, like other states, has laws against parental abduction of children. Laws don’t always prevent crime, however, and although it’s rare, sometimes parents still take children against the will of other parents.

If your relationship with your child’s other parent worries you, read this blog to learn the common motivations behind parental abduction and the telltale signs that may precede it so you can stop it. 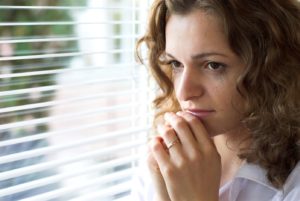 Parents have varying motives for abducting their kids, but the following are some of the most common.

Some parents abduct their kids because they want the other parent to feel some pain and anxiety. Maybe you have broken a commitment, broken your promises of financial support, or did something that the other parent doesn’t like. The other parent may abduct your child to get back to you.

Some people feel that they will be isolated from their kids after a divorce with an unfavorable custody arrangement. Other people also feel that the custodial parent may turn the kids against the noncustodial parent. Such fear of isolation may cause a parent to abduct a child in a bid to maintain their parent-child relationship.

Many cases of parental abductions occur when parents disagree with custodial decrees and think the court law or court is unfair to them. For example, a parent who wanted sole custody of a child may abduct the child if the court decrees joint custody.

Lastly, some parents also abduct children if they suspect the other parent abuses the child. If the child has reported instances of abuse, the parent may think that the only way to help the child is to get them out of the custodial parent’s house.

While sometimes parental kidnapping occurs out of the blue, you may be able to spot signs that point to a potential abduction. Here are some of the warning signs to watch out for.

A parent who wants to kidnap a child and go to a different city, state or town may make some major lifestyle changes before the abduction date. The parent may sell their house, quit their job, or cancel their rental lease.

Some people also threaten abduction when they don’t get their way during custody negotiations or battles in court. Take such threats seriously whether the parent apologies or claims that they were joking.

Anyone who has attempted abductions in the past can do it again. Be on your watch if the other parent has kidnapped or attempted to kidnap your child in the past; the parent might try it again.

Custody battles often end with one or both parties dissatisfied. Most people learn to live with the dissatisfactions or file cases for custody amendments. Some parents, however, voice strong concerns of dissatisfaction but feel that they can’t get any help from the court. This last group of parents is more likely to engage in parental abduction than other parents.

Be wary of a parent who suddenly shows an interest in official documents for a child. Say the parent normally doesn’t even know where you keep the birth certificates or passport for the child. Such interest may mean the parent has a plan in place to go away with the child.

Lastly, be careful if the other parent accuses you of child abuse. Repeated accusations are particularly a red flag. The parent may decide to abduct the child and “save” them from your abuses. Contact the authorities immediately if you believe someone has kidnapped or is about to kidnap your child. The police will help you stop the abduction or recover your child. For a long-term solution, contact the Law Office of Greg Quimby, P.C., for the legal protection you deserve.